First draught / The German-language document you find in my homepages at the moment here!

Please let the German-language document be translated in many languages and be handed over to the corresponding class.

The Power of the Devil coupled with the "Regulated World Exit".

As we all could watch via TV,  a few days ago an attack was committed on the heart of the oil industry economy in Saudi Arabia and a business card was deposited by the discovered and examined weapons or drones of the attack, which should indicate or point to the Iran!

However, the Iran may quite rightly deny the attack, because if one does not bear the blame for something or for this attack, one also should make that clear.

The sense or the reason, which this attack could have originated, can come only from a sick mind and usually has to do with advantages of individuals and with wrong claims to power or with stupid dreams of appreciation and wealth!

My person are well known some of these ill heads in the economy and politics via the TV and therefore one must urgently warn about the fact, that wrong conclusions are drawn on the cause of the attack on the oil industry in Saudi Arabia, which cannot strike the truth, because those sick heads are controlled strictly speaking by the devil and wanted to cause most probably a war.

The megalomania of being the richest man on earth or of wanting to be best an Emperor or a King, nowadays these are the wishes of these heads, which are carried not only in the USA, but also clearly, however only occasional in Europe and in the middle East.

The wish to wear  a crown is anchored partially, unfortunately, already in these sick heads and has nothing in common with the true crown, because this true crown needs even a special connection to the Creation at the end of the time.

However, also the diabolical connections towards to the divine belong to a person, who was created thus by God and thus it can be realised, that is made possible to explore via the TV, who or which head retrospectively really is e. g. behind this abovementioned attack.

Nevertheless, one should  not and never underestimate the devil, because nobody, virtually no person has the craftiness and this foresight of the devil, however, my person and only completely a few other people possibly eaquals most near these machinations and can force the truth possibly via the TV for a short time.

This is due to the fact, that the devil has already taken the completely world and seems to have become overpowering, however, even the devil is subject of his Creation, which quite obviously has connected with the extremely strange High-Tech-((Com-Puter (female (turkey)), so that must be taken into account to be expecting many deceptions and tricks in every only conceivable manner!

Should in fact e. g. the true culprit of the called attack turn out, indeed, publicly, although there could also be falsely accused persons, the true culprit will be called to account, however, this will be done by the so-called "The Last Judgement",  by our all Creator.

If the convicted culprit makes a confession in the matter and provides an accordingly high consideration, then he stands for natural reasons in front of his Creator in a completely different light!

Now it is complicated: "Should my person be able to force the truth of such the described processes and in a kind of foreign culture under the local network of High-Tech, namely via broadcast of the TV, possibly even for a short time, then it is a good sign for the fact, that also the „extremely stranger“, which will already possibly itself has doubled and approached as doublings and so forth, through the devil himself has come to by force  (but by different doublings) under the sceptre of my person and together with the double strangers was embraced or were embraced."

Those are the true dangerous "stories" of the end time and therefore nobody should fall for acts of war and cravings for revenge, whereby of course every person has the right to retribution for any damage suffered or for any committed wrongdoing however, in  the last generations this kind of the retribution should be left to the Creator, whereas the true crown must take over a part of the retribution for good reasons for all concerned persons and for humanity absolutely, however, the Cudgel of my person should take over a lot!

From "wanting to retaliate" can not be exclusively talked about, besides, but there is relevant to talk  from "having to do" concerning the crown and is valid equally applied for all people and cultures!

The entire force of arms goes out after clarification of the true power relations thus to two predetermined and already called Great Powers, whereby this force of arms is intended exclusively for the outside missions of the world.

However, also by these possible defensive missions of the world a quite special care must be taken, so that not the wrong items, who must be very welcome to us as humanity, but only extremely dangerous intruders or meteorites may be hit, which could be nevertheless coupled with the origin of life and may be shot and be destroyed therefore most probably exclusively in the terrestrial atmosphere.

This or a foreign kind presumably brings with it foreign weapon systems and it could concern most probably also the finest diamond splinter projectils!

Then one of these days there comes a kind …...of a gigantic ark downwards and it will give an end coupled with a most probable made possible good new beginning or with a decent end.

The atmosphere will presumably change colour reddishly during this phase especially also most probably by a presumably kind of cinnabar sulphate, or, however, possibly by another kind of reddish elements, so that the humanity should stay possibly protected in close rooms or below ground level, absolutely as long as until the decision about (sky and) the earth and about life and death of the humanity has been made! 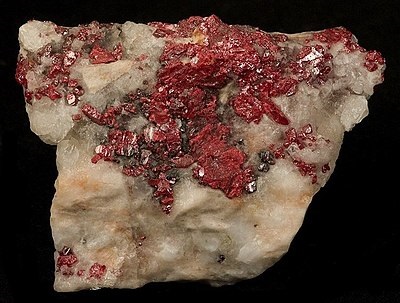 Also for this reason it would be probably advisable to reduce the whole percentage of CO2 of the atmosphere to a minimum in the preway, because the available oxygen could not be sufficient otherwise most probably anymore for the survival of the humanity, however King Juergen will be able to decide better in this way what is a matter, than it is able to do exclusively my person.

The immediate demands of my person by the conditions coupled to my pocket money remain in place and should be implemented and executed quickly, because these irrevocable conditions concern directly the Regulated World Exit!

HP: This first version can still be extended more detailed and could be found as a second version in my homepage.

Too, people in psychoses can give you more detailed information in the matter, however as much as my person knows, there are more than only the extrem stranger(s) of its kind but they are probably much less dangerous and be coming all together on ark.